The story of Wichita Wingnuts is one of the strangest stories in the world of Baseball. This franchise was founded back in 2008, and it lasted roughly for about a decade. The franchise ultimately folded in 2018. During their short history, they’ve managed to win League Championship in 2014. Also, they won several division championships.

They were members of the South Division of AAIPB, which is not affiliated with MLB. Their home was a Lawrence-Dumont Stadium in Wichita, Kansas. This stadium was built back in 1934. Now we are going to present you with the full story about this team that sadly, doesn’t exist anymore. Buckle up and let’s go.

Wichita Wingnuts replaced Wichita Wrangled, who were AA affiliate of the professional baseball team Kansas City Royals. The first season they participated in was the season of 2008. They were playing at the Lawrence-Dumont Stadium, which was their home field until 2018. Their first manager was Kash Beauchamp. They finished the first half of the 2008 season in second place. After the season, the club decided not to renew Beauchamp’s contract, and he was replaced with Kevin Hooper. Kevin Hopper remained the team’s manager for 7 years, and he left his position in 2016. He became a coordinator at San Diego Padres. Peter Rose Junior became the team’s third manager.  Their fourth and final manager was Brent Clevlen, who was previously a player of this team.

During the 2009 season, they’ve managed to win the North Division title at the half of the season. A year later they hosted the AA All-Star Game at their stadium. They were named the American Association of the Year because of that. Two years later, they beat Laredo Lemurs in three games in a row and advanced to AA Championship series where they faced Winnipeg Goldeyes.

A year after, they’ve managed to win against Grand Prairie AirHogs. However, they were defeated by Gary SouthShore RailCats. In 2014, they won their only AA Championship. They won against Laredo Lemurs in four games, and in the final, they beat Lincoln Saltdogs. 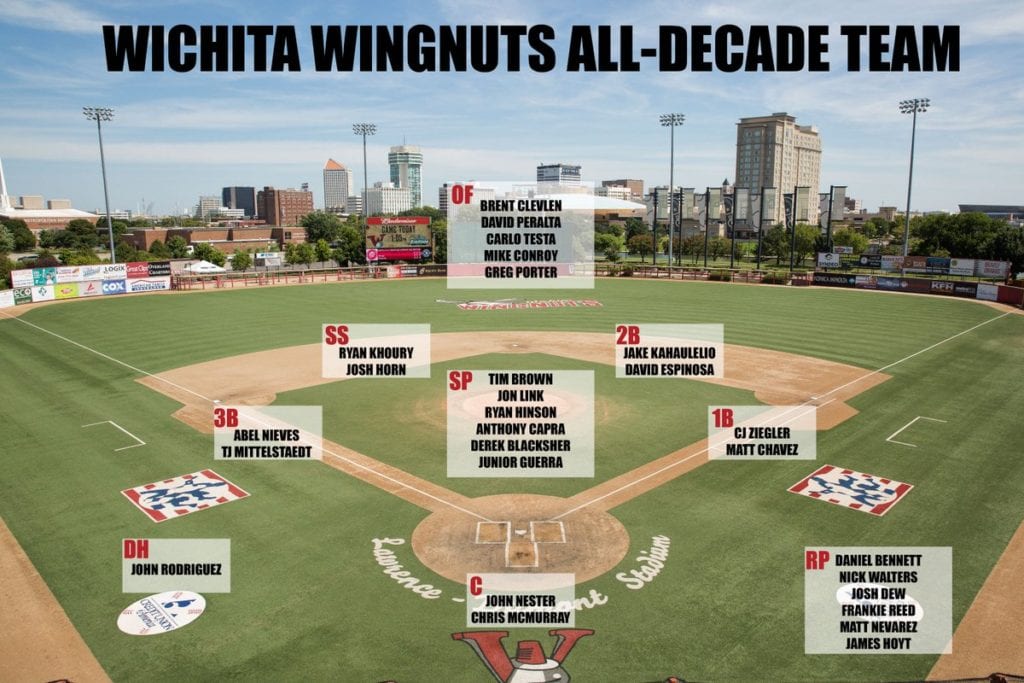 In September 2018, Wichita Wingnuts were received $2.2 million from the city of Wichita to break their lease at the stadium, which was later demolished. As a result of this occurrence, the franchise was folded that same year. Instead of Lawrence-Dumont, there is a plan to build a larger ballpark, where a minor league baseball team will be hosted. The major of Wichita, Jeff Longwell announced that the new stadium will be worth $81 million and that it will host New Orleans Baby Cakes, a team that plays in Triple-A league. They agreed to relocate themselves to Wichita in 2023.

The Decline of the Franchise 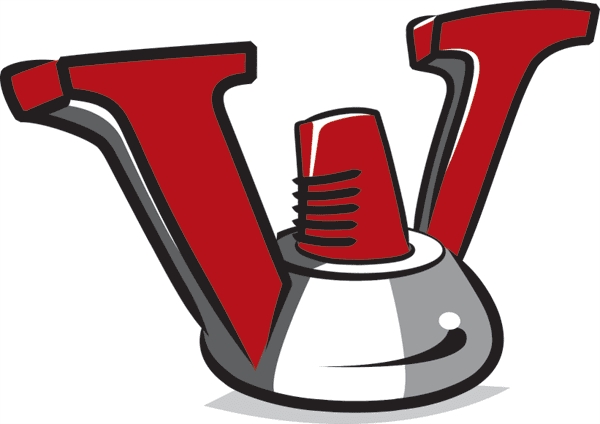 On the third of May 2018, on Wichita Wingnuts Twitter profile was announced that they will leave their beloved stadium at the end of the season since it won’t be available for the new season. Brain Turner, the general manager of Wingnuts stated that after a talk with city fathers, they decided to leave the stadium. At the same time, he said that the future of the team is uncertain at the moment. He said that the team’s ownership is taking several things into consideration and that they will make the decision until the end of the season.

According to the reactions on their Twitter profile, it can be said that the fans were shocked by this decision. On the statement that was published on Twitter, the team’s officials invited fans to come and say goodbye to the stadium that was built back in 1934. The reason for all of this was that the city government, who owned the stadium, decided to break down the stadium and to build a whole new one. Their goal was to attract some minor-league team to replace Wichita Wingnuts.

According to the city manager Robert Layton, the Wingnuts and the city negotiated for several months about the possible improvements to the stadium. He said that they came to a conclusion that the investment would be too large. At the same time, the city agreed to let Wingnuts play until the end of the season at Lawrence-Dumont stadium, but this is going to be the last year. Apparently, they even invested some money to increase the safety levels during that season and the city paid about $1 million. 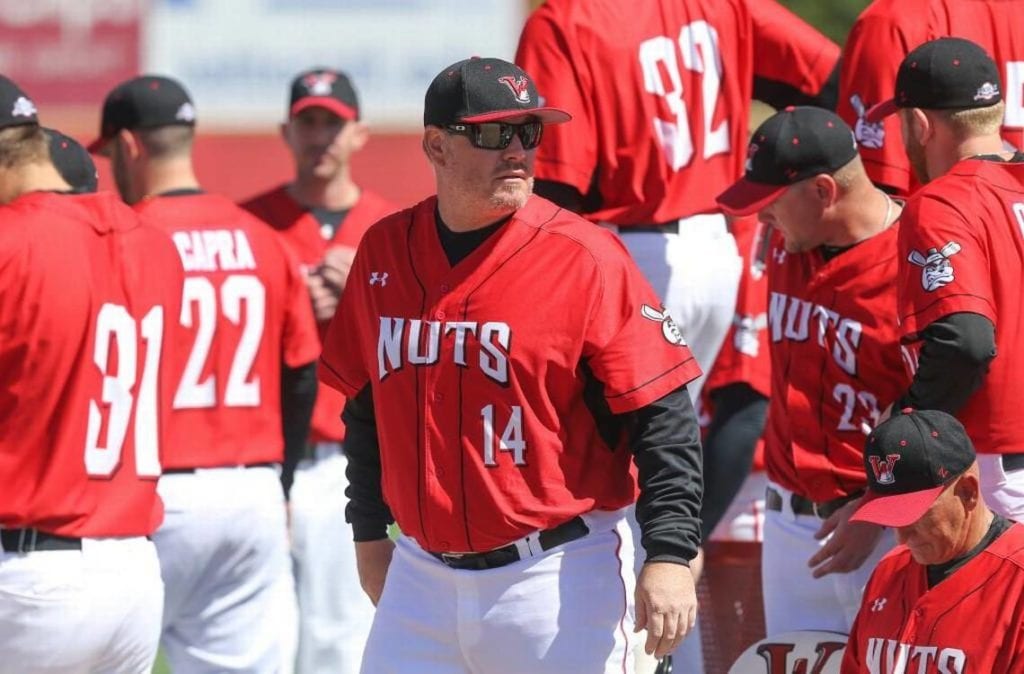 At the same time, it looked like the only alternative for Wingnuts was to stay in Wichita and to make a deal with Wichita State University. But then again, the resolution to this story was made on the 9th of October 2018. It was decided that Wingnuts will not participate in the 2019 season. However, they might find a new home and participate in the league again in 2023. So far nothing happened and the franchise is officially dissolved, for now.

This was not only sad news for the city of Wichita, but for the Southern League also. They lost two teams from the same town in a decade and a half, Wichita Wranglers and Wichita Wingnuts. Fans were angry, they didn’t understand why the winningest team in the industry wasn’t even considered to be located into some other facility or some other town. Their concerns weren’t for nothing.

What Does the Future Hold?

As we already said, the mayor of Wichita invited New Orleans Baby Cakes to play at the new stadium. New Orleans Baby Cakes is an affiliate team of Miami Marlins. As we all know, affiliated clubs are there to develop players for their parent clubs, and their team roosted heavily depends on the wishes of the professional club. So, the win rate is certainly going to be much lower than it was the case with Wichita Wingnuts.

They were an independent franchise, and they had full control over their team rooster and other types of personnel. Sadly, the future remains unknown for Wingnuts, and it is still uncertain if they will ever participate in the AA IPB South Division again.

Recent
Categories
Back to top button
Close
We use cookies to ensure that we give you the best experience on our website. If you continue to use this site we will assume that you are happy with it.Ok